Toxic Workplaces: Why These Environments Are So Dangerous

At EII Consulting, good leadership is our bread and butter. A key challenge to leadership is what to do when the work environment becomes toxic.

In this two-part series, we’ll first outline a classic example of a toxic workplace. In the second installment, we’ll provide guidance on how to avoid being one.

A heartbreaking example of a toxic workplace is in the article “Toxic Workplaces” by the Economist. Editorialist Bartleby discusses how Amnesty International, an esteemed charity focused on the rights of political prisoners, was found to have a toxic working environment.

Quite paradoxically, the managers at Amnesty often didn’t listen to their staff’s needs or concerns. They instead focused primarily on the importance of the good their organization is doing for the world. This is a striking failure in leadership.

One of the fundamental skills of a leader is knowing themselves and their place within the team. Accountability grows from that self-awareness. Instead, they overlooked the team’s needs in order to achieve the goal.

What created the toxicity at Amnesty International revolved around their “Global Transition Programme.” It was intended to move employees closer to the cases on which the organization worked. The goal of the Global Transition Programme was to promote more integration between the different segments of their organization, strengthen work with local activists, and develop the diversity of Amnesty’s membership outside Europe and North America.

This makes sense… on paper. But, research is clear that moving is one of the top five most stressful life events. So, by moving its staff closer to the problems and away from London, it was adding another layer of stress on top of trying to achieve the organization’s goals. Such a strategy should have included additional precautions to evaluate and protect employee health. 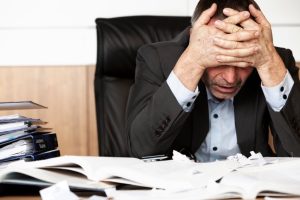 Adding to this stress, employees had little input in the matter and limited time to prepare for the move. It seems that Amnesty International focused on their mission and expected employees to just “accept” this additional burden.

From Problem to Crisis

This problematic leadership choice became an actual crisis was when employee Gaëtan Mootoo committed suicide in Amnesty’s Paris office in 2018. French authorities ruled Mootoo’s death a workplace accident. That suggests that Amnesty failed to think about their team’s needs in an incredibly serious manner.

The Economist mentions how the leaders at Amnesty cultivated an atmosphere that expected employees to feel grateful just to work at the company. Because their company was striving for human rights for political prisoners and doing “good” for the world, they should feel lucky to be a part of that effort. The corollary was that employee rights or needs were not important, nor valued. 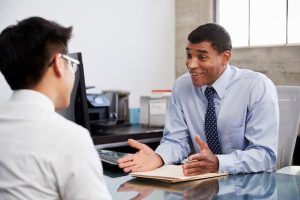 Yes, people should feel pride (and fortunate) at being able to do good for the community through an organization. However, managers still need to pay attention to what their employees need in order to perform well. Your employees are not robots! The employees choose to work in these types of organizations because of the mission, but they could just as easily choose somewhere else. Or, worse, hurt themselves or others—as was the case with Mootoo.

A manager’s mindset needs to be the opposite. Be grateful that you have employees who want to work for you! Without them, the company will cease to exist. It is especially disheartening to hear that this can be true in companies whose mission is human-rights focused.

Effective Leadership Is the Key to Avoiding Disaster

Reading through The Economist article is frustrating for leadership coaches like the team at EII Consulting. We have experienced this with some of our clients as well, and it makes us heartbroken for the individuals stuck in this abusive cycle. It is too easy to assign the “greater” mission of a company more value than the people who work there, especially in industries like healthcare and education.

It becomes an excuse to avoid accountability as a leader, instead of removing obstacles for your team (because that is hard!). These types of leaders browbeat their staff into putting themselves second to ensuring the safety of their patients, students, or in Amnesty’s case, the political prisoners.

We all have heard employees talk about quitting companies because leadership “doesn’t care” about their employees. Companies like this often have high turnover rates or low productivity. But take this one step farther, if we hear complaints about “lazy” employees from leaders, we can probably assume some type of toxic workplace is at work in some way (remember who hired them!).

However, we are not saying these leaders are callous, abusive dictators. Some are, of course. But the reality is we have never met a leader who does not care about his or her employees. What they usually have failed to do is make sure their employees feel that they are as important as the patient or student and essential to achieving the mission!

Although Amnesty International’s mission is admirable, they failed at one of the most important aspects of leadership— being a good coach and empowering your team. It is a great example of what not to do. EII Consulting has seen leaders who struggle to engage their employees in the very same way—but were able to overcome those obstacles with guidance. We have solutions for you, and can help ensure that the type of disaster Amnesty faced does NOT happen to you. Contact us to learn more.

And, stay tuned for the next post, which will be more focused on what you can do differently in this type of situation.