A Paycheck Isn’t Everything! Understanding When It’s Time to Move On

Brian de Haaf posted a blog on LinkedIn a few years ago titled, “When It’s Time To Walk Away.” In it, he explains why leaving a job can be better than staying and not enjoying your work. 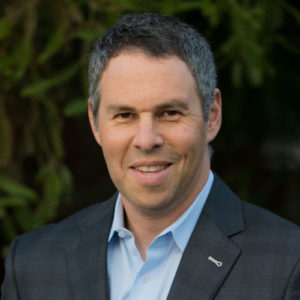 For your mental and physical health, it’s important you actually benefit from the work you do. The article mentions four things to consider when debating leaving your job:

After evaluating those four ideas and seeing if any of them need work, it’s important to talk with people you trust at your company to see if these problems can be fixed. If you have made changes, and you still feel unhappy, it is time to move on to better things for yourself.

This is a key point that EII Consulting teaches: self-awareness. It is essential to evaluate your needs and to know your place within the company.

It can be hard to admit when you are not enjoying the work you do, especially if you’ve been doing it for a while. Consider my own example. When I was a student, I took a job at my university in Enrollment Services. My goal in taking this job was to improve my communication skills and problem-solving ability. But, in this case, I came to the realization that I was not going to improve upon those things in this job.

The job was mainly answering phone calls from students (or parents) and helping them with questions about finances or classes. Every time I had to work, I would feel anxious for hours leading up to my shift–which was typically in the afternoon after my classes were done.

During my class I would think about how I had work that day and I never wanted to go. I lived close to where the building was, so I often walked slowly over to it to try to calm myself down and convince myself that I was being “dramatic” for being so scared of that job.

I didn’t realize it at the time, but I felt panicky because I was uncomfortable in the workplace. My coworkers all got along, but I didn’t fit in. I also never felt like I could actually help solve the problems people called with. 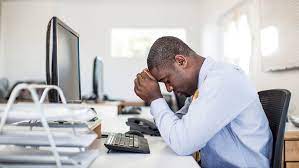 As de Haaf noted, I tried to make changes. When I felt lost or confused about what I was doing, I would ask for help. I tried to converse with my coworkers. I’m an introvert, though, so sometimes I don’t say “enough” for others to understand my efforts at being friendly.

For instance, I often had difficulty even starting a conversation, because I was always in my head about them not liking me. Most of the people I worked with were around my age, and we definitely had things in common to talk about. But, they already all knew each other, so I found it difficult to break into their circle. Even when they would include me in conversation, I often wouldn’t say much. Reflecting on it now, it’s no wonder they likely thought I didn’t like them–which was not the case at all.

How Personality Type Can Factor In

When it came to the phone calls, the people who called were often upset or angry with something that was beyond their (and my) control. They would still yell at me even after explicitly explaining I was not able to change the school policy or adjust for their specific demands. Needless to say, it got tiring.

There was one time where a woman repeatedly yelled at me about her son not being able to register for classes. I had done all that I could do based on the university’s rules and told her as such, but she still 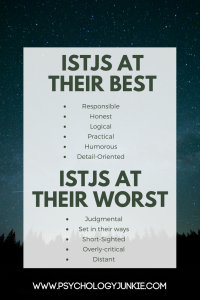 argued with me and said rude things that made me almost cry in the middle of the office. Thankfully, one of my coworkers ended up talking to her. I think if I stayed on any longer, I would’ve certainly burst into tears.

As an ISTJ personality type, according to the Myers Briggs Type Indicator (MBTI), I probably was too “matter of fact” with the call. The woman on the other end presumably thought I was being tough or impersonal; typical ways an ISTJ is perceived by others.

Most people who contact a call center expect someone who is empathetic, compassionate, and accommodating; typical preferences for those who are FEELING decision-makers.

I can be accommodating, I have a preference in adopting a conciliatory approach to communication or work. This is probably (partly) why I chose to work there. I could have talked to my manager to say that I was unhappy with certain aspects of my job. Maybe we could have made changes that would help me enjoy my time there more. As an ISTJ, I sometimes forget to tell people what I’m thinking or how I feel… so that notion did not cross my mind at the time.

After the yelling situation, I realized that I was not only unhappy but most likely not suited to this job. The only effective way to fix that was to leave. And I don’t regret it at all!

Simply “Showing Up” to Work Isn’t Fair to Your Employer

As de Haaf mentions, when you are unhappy at your job, you are not putting out quality work. I would take my time answering each phone call, clocking in, or even with my bathroom break. Though it was never that much more time, it would add up. By the end of the day, there wouldn’t be as many calls answered, which is obviously bad for the company.

While a paycheck is important, it’s not fair to yourself or your company to give less than one hundred percent. It’s relatively easy to “show up” to work, but it’s difficult to come to the conclusion that you simply aren’t meant to be working there.

By the end of the semester, I decided that if I didn’t enjoy the work I was doing, it wasn’t worth the stress of knowing I was not performing the job well. And, that the stress of the work could potentially distract me from the reason I was at university: my classes!

What Are Your TRUE Goals?

Ultimately, I discovered the importance of liking what you do and not settling for something outside your preferences just because you feel like you need to be doing something or need a paycheck.

Start thinking about your goals in life or your career, and figure out if your current job is helping you reach those goals. It is important that you gain more than just a salary from it. When I applied for the Enrollment Services job, I was hoping to improve my communication and problem-solving skills, but I instead just became more stressed out when problems I couldn’t fix arose. 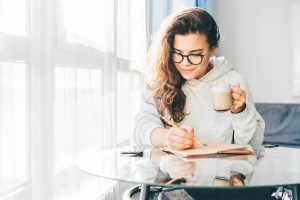 After I worked there, I learned that a job where the main tasks are to answer phone calls or emails and there’s little to no collaboration with other employees was not the kind of job I would search for in the future.

I was able to define these experiences because of what I learned from working with Ryan Sanders at EII Consulting. The most important part of leading a team or being a good employee is learning the tools of self-awareness and your place within the team.

If my story sounds familiar in any way, EII Consulting can help you define your goals and help you realize your or and team’s full potential. Contact us for a consultation so that we can help you.