Why People Fail to Recognize Their Own Incompetence

The concepts in this article are based on the insights from David Dunning, Kerri Johnson, Joyce Ehrlinger, and Justin Kruger, Department of Psychology Cornell and University of Illinois who published their research in Volume: 12 issue: 3, page(s): 83-87 of the journal Current Directions in Psychological Science June 1, 2003

The Ignorance of Ignorance Begets the Death of Knowledge 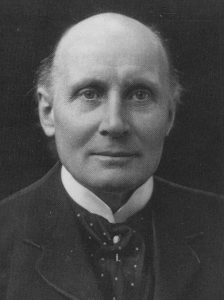 English Philosopher Alfred North Whitehead was quoted as saying, “It is not ignorance, but ignorance of ignorance, that is the death of knowledge.” Researchers in the Department of Psychology at Cornell University and the University of Illinois looked closer at the ability of people to accurately form self-impressions of their skills, expertise, and knowledge.

How Hard Is Self-Awareness, Really?

The research looked into the question of “Why People Fail to Recognize Their Own Incompetence” discovered the Dunning-Kruger effect. The results suggest that people often lack the skills to spot where their knowledge and expertise end.

Many people overestimate their abilities, thinking they are doing perfectly fine when they are, in fact, performing poorly (or worse). The reasoning for failing to recognize your own incompetence and ignorance is a double-edged sword that hinders those who lack much-needed self-awareness.

In many social and intellectual settings, the skills needed to create a logically-sound argument are the same skills required to recognize a logical argument has been made. That means that without these skills, you can’t recognize the mistakes in your own (or other’s) responses–nor the fact they might be superior to your own!

Many leaders who have failed in their positions have often lacked this crucial skill of self-awareness and understanding their own limitations. John Sculley is just one example of many leaders who are unaware, or just “accept” their own incompetence. As ranked on the list of 15 Worst CEOs in American History from Business Insider, we can take a look into why John Sculley failed during his time as CEO at Apple.

Sculley was hired to be Apple’s CEO in 1983 after a previous stint as President of PepsiCo. He thus held significant business and marketing experience. Spoiler alert: In this hiring decision, Apple was strictly looking at his business experience rather than his leadership skills. 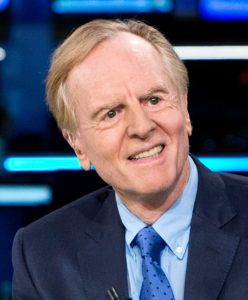 A good leader doesn’t just come from experience. A good leader has the self-awareness to assess their own strengths and weaknesses–as well as understand their team. They possess the communication skills that empower employees rather than tear them down. A good leader also has the resilience to be accountable for their organization.

In hiring Sculley, the board hoped he would bring a mature management style to Apple, as they were quickly growing and were run by many young and inexperienced executives, such as their co-founder, Steve Jobs. Bringing on a more mature presence was thought to be a good move for this growing company.

However, the board didn’t take into account the importance of leadership qualities needed for that person to fit in with the culture of the organization in order to foster its growth.

He was dealing with an inexperienced executive: Steve Jobs. Rather than working with and empowering him, he tore him down. Jobs was young, arrogant, and stubborn at the beginning of his career at Apple (a trend which famously continued). This led to a major power struggle between him and Sculley. 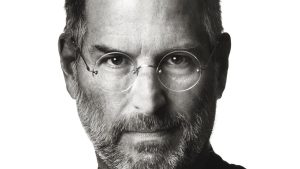 However, Jobs had the ability to manage products extremely well with a lot to offer the company. Sculley did not realize that potential and convinced the board to strip Jobs of his managerial responsibility. After this demotion, Jobs left the company. In hindsight, it is shocking that Sculley had pushed out an employee who would come to be one of the greatest product designers and marketers of all time.

That said, Jobs’ time away from Apple might have been what sparked his growth in maturing and learning to lead later on.

As CEO, Sculley had various failures because he lacked a sufficient technical background that was required to be a product manager for Apple. Although he found success at PepsiCo, this is much like comparing apples to oranges. Marketing soda is not remotely the same playing field as selling computers.

Sculley did not understand the needs and interests of the new personal computing market in the same way that Jobs did and failed to internalize from where the lessons that Apple’s initial success under Jobs had derived. This lack of skills played out during his career, as he did not realize the ignorance of his own incompetence as a product manager. 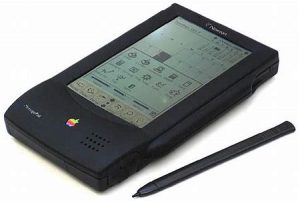 So, when Sculley oversaw the release of the revolutionary Apple Newton PDA, it came to be one of his biggest failures. We recognize it today as a precursor to the iPhone. What differentiated the two was Jobs’ hyper-focus on user experience–and making sure that he only released products which worked, and worked well.

The handwriting recognition software that came along with the Newton’s stylus was poorly developed. The pricing for the models was not affordable. And, it was rushed to market with these problems in an attempt to beat out competitors. This pressure could work if one might launch a new soda that can be tweaked, but in technology, fast only brings headaches. Scully’s logic did not translate.

Compare that to Jobs, who hated the Apple Newton. He had a very effective technical background to understand why this product would fail. He was right that the product was significantly different from anything on the market–but that the programming and stylus features were not intuitive for users. Intuitive and simple are the hallmarks of Apple products, and Scully had lost sight of that.

While this failure actually led us to many portable phones and tablets, it was not Scully who is known for perfecting the product. Jobs said it best after he took over as CEO in 1997. He stopped production of the poorly performing Newton, commenting: “God gave us ten styluses,” talking about our fingers. “Let’s not invent another one.”

Skill, Expertise Do Not Equate to Leadership Ability

The differences between Sculley and Jobs revolved around heightened self-awareness. Jobs had self-awareness of himself–but more importantly of the team he was leading and the environment in which he was operating.

In this case, although the Apple Newton was a great innovation, Jobs had the technical skills that Sculley lacked regarding the capacity of the technology. Jobs also understood the learning curve many people faced in using computers, and he knew that an intuitive and simple user interface would make lifelong customers.

The mature business skills from past experiences that Sculley believed he had could not make up for his own ignorance and lack of expertise in understanding technical details of products within this industry.

This failure to recognize his own incompetence cost John Sculley his job and left Apple $200 million in debt, nearly bankrupting the company. He was forced to step down after opposing licensing Macintosh software and considering splitting Apple into two companies with Goldman Sachs.

Soon after, in 1997, Apple bought the computer company NeXT (that Steve Jobs had created) and brought him back as Apple’s CEO.

Self-Awareness of Your Deficiencies

As a leader, it is essential to the success of your organization to have a good understanding of how far your skills extend and where they begin to fall short. This is an instance of self-awareness and you must measure your results and change if things are not working.

A leader like John Sculley had his time as Apple’s CEO cut short due to his failure to recognize his own incompetence–as well as a lack of awareness of his own team (Jobs in particular) and what they could offer to help the company succeed. As a leader, unknowingly having this cognitive bias, one that leads you to believe you are smarter and more capable than you actually are, can have negative consequences on your organization. This is why you measure your results and those of your team. Trust but verify!

EII Consulting can help you build up your own self-awareness and identify areas of strength–as well as areas that may be lacking. We will prepare you by fostering a solid understanding of yourself as a leader… which will then set you up for success.