What we can learn from some of today’s greatest coaches in sports history.

In the previous post, we looked into the consequences that can arise from adopting the authoritative characteristics of a “boss” who depends on commands and fear. The difference to be highlighted is separating an authoritarian “boss” from an empowering “leader.”

One of the most important qualities of a great leader is that they coach their team by inspiring enthusiasm, as well as developing and understanding their team members. The ESPN article, “Need a coach? Look for the best leader” by Dan Graziano, offers a good example of the qualities that make up many of the successful NFL coaches. 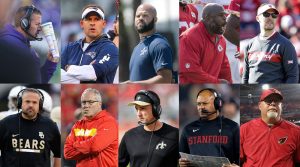 At EII Consulting, we have adapted into our service the tools of many of the most successful professional sports organizations in order to help you develop the skills to coach your team as an empowering, trustworthy, and inspiring leader.

What makes a great leader is that they are, indeed, a coach. Most leaders, like athletes, know the rules of their game. However, as a coach, success is rarely about your ability or your strategy for the season, especially in elite activities where skill levels are nearly equal.

It is about building a collective attitude among your team to understand and assist each other. Graziano defines this by saying of NFL coaches, “You don’t hire a head coach because you like his playbook. You hire him because you believe he’s a leader of men. Nothing he draws up matters long-term if he doesn’t also come with the ability to motivate professional football players to put it into practice.”

A leader needs to have an authentic connection with their team to motivate them and demonstrate they truly care about the success of the players, in order to get them to take it. These coaches are leaders who continue to inspire and develop their teams to think like champions.

One example of coach-as-leader to consider is Chip Kelly, head coach of the Philadelphia Eagles from 2013-2015. He had great success in his first two years as a coach in improving performance on the field. Kelly had tremendous experience and knowledge in the sport, with over 30 seasons of coaching in college sports.

However, his own experiences and offensive schemes are not what lead his team to success. Kelly focused on one of the most important concepts of coaching: connecting with your players. Working to understand each player and figuring out a way to build a system that fits your people, specifically. 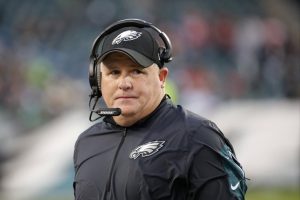 This led the Eagles to success by building confidence and establishing purpose within the team. However, during the 2015 season, Chip Kelly’s leadership collapsed when he lost the locker room as he placed the blame for their losses on the players rather than on himself. He lost the confidence and purpose he had once established with his players. As a result, Kelly was fired before the final regular-season game.

Other NFL coaches such as Mike Tomlin, Bill Belichick, and Pete Carroll have all been extremely successful and respected coaches for years. There’s a good reason for that (it is also the reason they win). They all understand the essential piece to leadership: getting people to follow you!

As coaches, they take the time to connect with their players as authentic leaders. This triggers the emotional engagement required by people to invest their time and energy into your system(s). If the people you are leading understand you care about them and want to help them, they are likely to follow you and buy into the technical plans. This is where true leadership success begins.

Belichick explained his approach to leadership in an interview before Super Bowl 53 (which his team won). In response to a comment from another coaching great, Bill Cowher, about being flexible enough to realize what he is not doing well during a game, Belichick responded by saying that he learns what his team can do well and what it cannot and he adjusts practice, play calls, and strategy to fit those abilities. 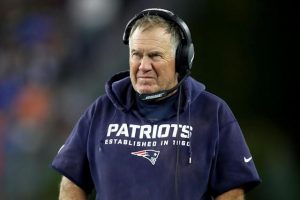 That means that play-to-play, game-to-game, season-to-season the strategy and tactics are probably different. The challenge Belichick notes is that, “A lot of times, it can be difficult for players to understand that. Players look at you and ask how come we’re not doing this [that we won by doing last year]?” A good coach helps his team understand that every team (and every game) is different and has different abilities… so, what worked last year (or last game) is not likely to work this year.

Lead So Your Players Can Play

Put yourself in Belichick’s role as a coach and your team as his players. You are doing the same thing! You need to ask for the data from each member’s successes and failures and constantly be adjusting your processes so your players can just play.

Note that Belichick admitted he struggles to explain to his players why he keeps changing things. It is the hardest part about leading! This is where your leadership success lies and it is what we, at EII Consulting, do for you.

We help you build a leadership platform that reminds your team, “we are not doing what we did last year” and why as Belichick said, “we are better at something else here.” We help you build processes to measure that success–and adjust–so you avoid the mistakes USA Gymnastics made by allowing motivated reasoning to affirm their identity, rather than protect their athletes.

Remember, skill and experience are important… but they are not the most important. Just because you are good or experienced at something (like Chip Kelly with decades of success at the college level), does not mean you will successfully model it to a different or new group.

Rather, this requires a deep understanding of the people on your team at that moment. It demands the ability to utilize communication skills, mental resilience, and accountability to actually get people to follow you.

A common leader has the knowledge, skills, and abilities to create a great strategy or playbook. An uncommon leader (that is, a great leader) has a mental and emotional connection on top of that foundation which builds team confidence, establishes a purpose, and develops trust. Ultimately that provides you the ability to be flexible and establish facts that build success for the long term.