What we can learn from some of today’s greatest coaches in sports history.

The 2021 Olympic Games had just finished when this blog was originally posted, so it seemed like a good time to reflect on how some of the greatest coaches of the sports world help their athletes to succeed at the highest level of competition.

These top coaches practice characteristics that are transferable to be a great leader across the business world. If you need convincing, research published in the Harvard Business Review shows that one of the most important qualities of a great leader is that they coach their team by inspiring enthusiasm and developing an understanding of their team. Less successful leaders take on stereotypical qualities of a “boss” by inspiring fear, which usually depends on commands and assertions of authority. 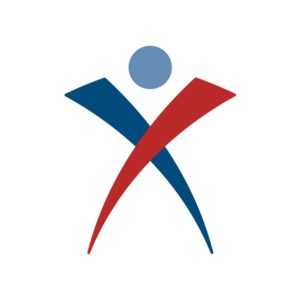 At EII Consulting, we can help you become a better leader (aka: coach) by developing the same qualities and skills as some of today’s greatest coaches in sports. We will outline how to do that below.

This blog is two-parts. In this first one, we are going to look at the consequences that can come from being a “bad boss.” We will use the example of the collapse of the top leadership in the USA Gymnastics (USAG) organization after an abuse scandal came to light. This will help us understand the motivated reasoning that some leaders use to justify their abuse–and why people follow these types of leaders.

What Makes a “Bad Boss”?

Before we get started, take a moment to bring to mind a past experience of yours in athletics or the workplace where you had a “bad” coach or manager. Think about what words you would use to define them.

(Feel free to email your example to us or post it on our social media!)

Most likely, you thought of terms like strict, scary, mean or aggressive. The person likely commanded the team, used fear tactics, or placed blame for mistakes; maybe even publicly. The staff probably complained quietly, morale was certainly low, and turnover might have been high.

Productivity, in terms of wins or efficiency, was likely low–or, at best, it was inconsistent. Team members may have shown signs of “laziness” or a lack of ambition and the boss probably complained about them!

These qualities of a “bad boss” in a position of leadership often burn organizations. An extreme example of this can be seen through the USA Gymnastics organization. In 2020, the organization finally took responsibility in the case of Elite Gymnastics Coach, Maggie Haney. The misconduct in her coaching style came in the form of verbal abuse and physical mistreatment of her athletes. Following the investigation of numerous accusations, USAG suspended Haney for eight years. 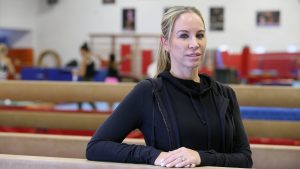 Families detailed the shocking abuse in interviews, describing how Haney pulled gymnasts by their hair, swore, body shamed, screamed, ridiculed, and called them “retarded” if they couldn’t perform a new skill or routine. Haney threatened to commit suicide if top gymnasts, including world champion Riley McCusker, left her gym. Haney even pressured gymnasts to remove any boots, casts, or protective medical devices to train or compete while injured.

Things got so bad that some parents started asking their doctors to place permanent plaster casts that couldn’t be removed at practice (yet oddly they left their children in this dangerous situation). This type of leadership is so damaging that many gymnasts still suffer from nightmares, panic attacks, depression, suicidal thoughts, eating disorders, and body image issues.

You may be asking yourself, “why would any of the athletes stand for this, let alone their parents?!”

Understanding the Enigma of Reason

Unfortunately, there are understandable reasons why many stayed in this dangerously abusive environment and that it took so long to come out. In 2017, cognitive scientists Hugo Mercier and Dan Sperber published “The Enigma of Reason.” In it, they described what “reason” does and how it often encourages us to ignore the truth, or reality, of abusive behavior. 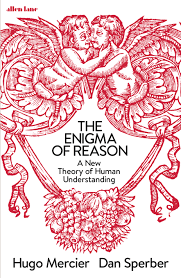 The summary of their findings is that reason evolved in humans to help us justify our beliefs and actions to others. It also works to evaluate the justifications and arguments that others address to us. In other words, a lot of reasoning is devoted to affirming your group’s identity and your position within it.

Stop here and note this essential point. Reason is not logic.

In this case, retaining membership in the group identity, elite Olympic level athletics was the “reason.” Parents and athletes rationalized the abuse by saying to themselves something to the effect of, “elite athletes have to work harder and bear more to succeed.” Rationalization at its “best” protects the group.

We even have platitudes to enable this type of reasoning; no pain, no gain… right?

Added to this is that many of the (mostly teenage) athletes were scared to speak up against the mistreatment, because Haney was a respected coach who led many gymnasts to both World and Olympic teams. Haney held such authority over these young athletes that speaking out could be deadly to one’s career. And, Haney did not allow parents in the gym and warned gymnasts not to complain to their parents about her coaching methods or share what took place in the gym.

The Steep Cost of Authoritarian Leadership

This is an important lesson to understand as a leader. Fear does work, for a time, at maintaining control and order. It is also relatively simple to enforce. When a parent did email Haney with any concern, it was read aloud to the entire group of gymnasts to embarrass the athlete and discourage reporting abuse to parents. Nothing changed until Laurie Hernandez spoke out two weeks after she competed in the 2016 Olympics games–after finally gaining the confidence and platform to do so.

Despite its efficacy in the short term, this authoritarian coaching approach makes athletes fearful, quickly tears a team down, and leads to extremely negative emotional and physical consequences on young athletes. USA Gymnastics had no cultural leadership and developed an unsafe environment that lacked trust and empowerment, the two key traits essential for effective leadership.

Ultimately, this abuse of power and lack of accountability from top leaders left these athletes in a dangerous and toxic environment; all to protect the group’s identity and maintain their gold medal-winning image. The leaders and parents were using their reasoning skills to reinforce the opinions of their group, rather than to establish facts about the abuse.

The consequence of not understanding this blind spot that all humans face left USA Gymnastics bankrupt and led to calls for a complete overhaul in leadership. So, while they won gold medals, the cost was quite heavy–especially when there are better ways to succeed.

Recognize Trouble Before It Spins Out of Control

While this is an example of the extreme, even milder forms of misconduct have negative consequences. Using clear wrongs like this have the value of giving us a baseline to evaluate our leadership against. Human psychology is a challenging thing that all good leaders must take the time to consider. We all know that sometimes people refuse point-blank to admit awkward facts.

Think about the debate over climate change, for instance. Sometimes, people concede to the facts and still dismiss them. In the gymnastics debacle, former USAG CEO, Steve Penny, was informed of complaints about Haney’s behavior at least twice and did nothing about them. 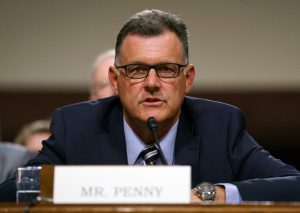 If you are a CEO and have a manager who does even one of these negatives, you likely have a serious problem on your hands. It is crucial to have processes in place to ensure they are brought to your attention. And, make sure you have a coach who can point out if you are using motivated reasoning and damaging your company. The consequences can be very serious.

At EII Consulting, we focus on what a great coach needs to do as a leader, in order to create a safe environment that inspires and empowers team members to succeed.

Stay tuned for the second part of this article, to learn the qualities that the most successful leaders in the sports world possess–in order to avoid these disasters.