In my previous post, I initiated a conversation about a specific documentary and its misinterpretation of how personality assessments should be used. The film, Persona, focuses specifically on the Myers-Briggs Type 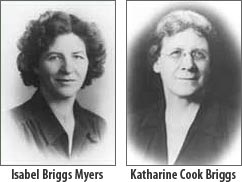 Indicator (MBTI) and how it is often used to try to find the “perfect employee.”

In an effective leadership methodology, a leader doesn’t simply rely on these assessments as a shortcut. Rather, they implement a process that considers individual team members and what they need to effectively do their job. It’s a collective effort–spearheaded by leadership–to build the right employee with training, measurement, and process. 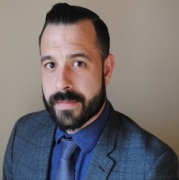 In this second installment of my blog series, I’ll be focusing on how much work we have to do in the business world at evaluating and using critical thinking–or at least what we call “good” critical thinking–pulling more ideas from Psychologist Christopher Dwyer. As a reminder, Dr. Dwyer provides an accurate scientific definition of critical thinking as:

“…a metacognitive process consisting of a number of sub-skills and dispositions, that, when applied through purposeful, self-regulatory, reflective judgment, increase the chances of producing a logical solution to a problem or a valid conclusion to an argument (Dwyer, 2017; Dwyer, Hogan & Stewart, 2014).”

In a few words (and layman’s terms): Critical thinkers know they are biased and control for it.

An important trait in any effective business leader is decisiveness. But, as with almost all skills, the very thing we often do best can lead us right into our blind spot. We do it so much (or so well) that we neglect other important avenues for getting results. Critical thinking is one of those tools you might be neglecting, even if you are a decisive and determined leader. A brief explanation as to why:

Dr. Dwyer states that to think critically about information, three basic steps must be taken:

These steps are something most business leaders expect and pride themselves on. The wrinkle in this sheet is not that the steps of critical thinking are difficult or novel. The problem is too many of us fail to acknowledge the limits of our ability to be certain. This is called the “availability heuristic,” meaning that our judgments are influenced by what springs most easily to mind. True critical thought requires some hard work at questioning and double-checking whether you have missed something. 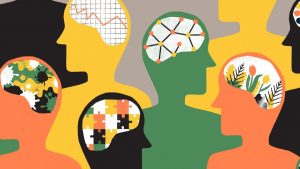 can misinterpret our chances of being wrong and causing damage with our incomplete critical thought by not thinking enough about negative outcomes. Or, as former Secretary of Defense Donald Rumsfeld once said, we don’t know the “unknown unknowns” and we might end up in a morass of our own making.

When you do analyze, evaluate, and infer, you also need to self-regulate, with respect to acknowledging the nature, limits, and certainty of both the information you’ve been provided and your own knowledge, as well as the potential for your views to be falsified by additional evidence coming to light.

A good example of this comes from Persona. David Scarborough is the creator of Unicru personality tests,

which are designed to weed out potentially “bad” employees. These types of “tests” attempt to identify “bad” critical thinkers. He was quoted in the documentary saying, “When you steer somebody away from a job that they are not as likely to do well in, you’ve done them a favor even if it doesn’t feel like a favor.”

This comment outlines the very problem that organizations have made by abusing psychometric assessments and making them “tests.” Humans are capable of learning and growing in anything they choose to; particularly critical thinking. Of course, some have more aptitude than others for a certain task. But, that does not mean they cannot learn and become competent.

Instead, the evidence suggests humans have an ability to learn or improve specific skills throughout life. Stating otherwise is to terribly misunderstand the opportunities that coaching, education, and practice provide. Every leader must be a teacher in some way. How else is your team supposed to learn about and implement your company’s goals?

These steps are much simpler than they sound when listening to the science of psychologists. They require only your commitment to continually empower your team’s self-awareness, create a common terminology, and provide them with the mental skills to be accountable to your leadership expectations.

Stay tuned for the next blog in this series, where I’ll discuss ways to use personality assessments like the MBTI correctly.