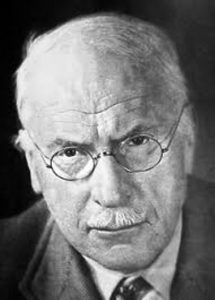 Many people know of Carl Jung, the psychiatrist behind the field of analytical psychology. His theories were also the foundation behind the Myers-Briggs Type Indicator (MBTI) and influenced much of the business world’s focus on using psychometric tools to find the “perfect” employee. This has led to a serious problem in the use of these tools. Jung himself said it best:

HBOMax’s recent documentary release, Persona, undertakes psychometric tools like MBTI. The film is described as exploring “society’s addiction to ‘understanding’ people, toxic corporate practices, and the billion-dollar personality test at the heart of it all.”

An Assessment Is NOT a Test

The documentary misinterprets how personality assessments should be used and essentially paints them as corrupt or malicious. Instead of looking at these tools as what they are–assessments, not tests–the documentarian(s) blame them for a myriad of issues and an ultimately tragic ending for one of the individuals featured in the film.

Even the most savvy viewer can get swept up into the sensationalism of a “ground-breaking documentary” that “uncovers the dark secrets of [insert topic of choice here].” I’d ask you to consider these psychometric tools for what they are–and understand that there’s no shortcuts when it comes to hiring. Rather, you must build the right employee with training, measurement, and process.

What Are Appropriate Uses for Psychometric Tools?

Psychometric tools are typically presented in the form of questionnaires used to objectively measure things like personality traits, behaviors, emotional experiences, and psychological symptoms. For example, IQ tests are a form of psychometric tool. Most complaints against using psychometric tools and other psychology in the workplace is based on a poor understanding of the issue. Fundamentally, this stems from a failure to understand what is being measured and how well.

Psychologists evaluate two things when judging how well psychometric tools work. The first is validity (how accurately it measures what it is supposed to measure) and the second is reliability (how consistent the measurement is). Both MBTI and Big 5, a similar assessment–and most of the scientifically developed tools like them–are both valid and reliable. However, they are only appropriate when used for their intended purpose.

Defining Critical Thinking (and How It Relates to Personality Assessments)

Whether or not you’ve seen Persona, the subject matter is highly relevant to business leaders and educators. In the next series of blog posts, I’ll be discussing why this documentary (and most criticisms of the MBTI and psychometric tools) miss the mark. Ultimately, this post gets to the roots of what any good teacher expects as a learning outcome for his or her students: critical thinking.

Critical Thinking is a term that is bandied about a lot, but few understand the true depth of what it means to be critical while thinking. We need to define this phenomenon and make sure we use it and any evaluation of it properly. Psychologist Christopher Dwyer, whose work this post pulls from,  provides a good scientific definition:

“…a metacognitive process consisting of a number of sub-skills and dispositions, that, when applied through purposeful, self-regulatory, reflective judgment, increase the chances of producing a logical solution to a problem or a valid conclusion to an argument (Dwyer, 2017; Dwyer, Hogan & Stewart, 2014).” 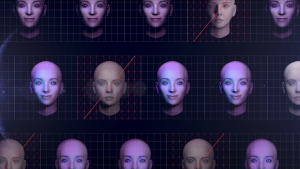 In plain English, this means understanding that one has attitudes or characteristics along with specific skills that color your understanding. When you combine that with a reflective sensibility about how you apply those skills and attitudes, you are thinking critically. In a few words: critical thinkers know they are biased and control for it.

How do you control for and measure your critical thinking? You can always turn to science. There are a number of tools designed to evaluate, such as: the Cornell Critical Thinking Test (CCTT; Ennis, Millman & Tomko, 1985), the California Critical Thinking Skills Test (CCTST; Facione, 1990a), and the Halpern Critical Thinking Assessment (Halpern, 2010).

The problem with many tests on critical thinking is the same as with most psychological assessments: they often rely on subjects responding accurately and honestly. Thus, scientists have modified their work to allow for more open-ended questions where subjects can spontaneously demonstrate critical thought. However, this opens the door to the subjectivity of scoring by the evaluator and a bias in favor of those proficient in writing or speaking. 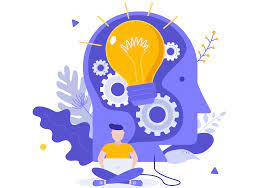 Science has come to settle on the best way to measure a good critical thinker by evaluating five categories:

Scientists have the aforementioned assessments that can measure these skills. They often recommend administering at least two to verify. Even then, these assessments only measure ability to think critically. They say nothing about the motivation, determination, and drive of a person. If you were to hire someone based only on their high scores on critical thinking, you’re ignoring other important factors. Who cares how effectively they think if they don’t care about your business?

As a businessperson, if you have gotten this far you may be thinking, “I don’t have time for this! Give me a quick and easy analysis that I can use to figure out which of my people get it and which don’t.”

That reaction is 100% accurate and is the reason why scientists are rarely business owners, or vice versa. It is also the reason I am writing this series, because businesses are constantly looking for an easier, faster way to identify the “best of the best” employees. Unfortunately, they almost always fail. 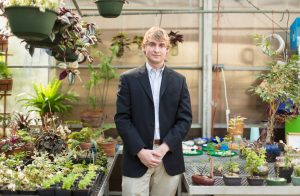 To illustrate personality assessments at their worst, let’s return to the documentary. In Persona, the filmmakers outlines the story a young man, Kyle Behm, who was flagged and not hired for being “very likely to ignore customers if they or he were upset.” This was the perceived result of an assessment given by the hiring company (Kroger).

Not hiring someone because of this potential attitude is a fundamental misunderstanding of humans’ ability to think critically! Humans are quite capable of “Paradox Thinking,” meaning they can hold two contradicting thoughts in their mind at once.

In this case, Kyle was (as most people are) capable of separating personal feelings from the job. Yes, he might get irritated at someone, but that does not mean he will actually trigger a negative reaction. It is also quite possible to be frustrated, or even angry, at someone yet still provide respectful customer service. We have all seen it being done!

Assessments that try to predict future behavior fail to consider the very thing they are purporting to measure: critical thinking. It is conflating a correlation for a person to “act out” with a cause of customer behavior.

Think about this in Kyle’s scenario. If a customer comes in and says something snippy or rude, how Kyle responds depends on a long list of inputs that cannot be measured before he has even been hired. If he is rude in response, it could be because of any number of reasons. He might have lost a parent recently. Maybe he is moving, or he didn’t sleep well or is not feeling well.

These are just a few of the endless reasons someone might react in a certain way. You can make as long a list as you want… humans provide poor customer service because of their situation in the moment. That simply cannot be predicted.

So, how do we use this information and evaluate who to hire or who on our team is worth the time we want to invest in them? 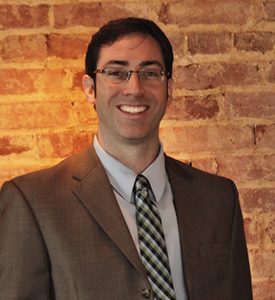 The answer is simpler than you might think. Just ask them! The purpose of the Leadership Insurance course we use at EII Consulting is designed to help you ask your team what works for them, how they see themselves and their place in the team. It defines common terminology and helps you develop a process to give your employees a way to provide the best service possible.

And, most importantly, if they cannot provide it, they have a process and tools designed to help them identify and receive the help they need. In an effective leadership process, a leader doesn’t pick the “perfect employee.” The leader picks a flexible process where an individual’s foibles and diversity (the things science also knows makes a team great) are accepted and people are encouraged to ask for help when they know they are in over their head–before it causes a problem.

In the next blog post on this topic, I’ll discuss more about critical thinking and its relation to psychometric assessments. Looking forward to your thoughts!