I was referred to an interview with Colin Powell on Bloomberg TV some time ago, and I found many excellent examples of good leadership in action.

General Powell had a distinguished military and government service career that concluded as Secretary of State. The interview covers his experience as a groundbreaking leader in social and political realms, but its most important value for you, as a leader, is how Powell models leadership. 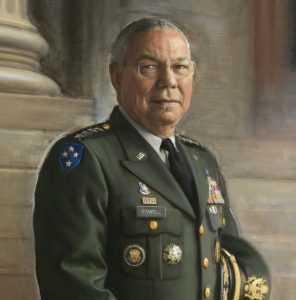 It Takes More than “Time Served” to Become a Good Leader

With over 40 years of experience, it should be “expected” that General Powell would possess such skills. Good news… it does not take four decades to achieve his level of leadership!

I would bet almost all of you have encountered a younger person and thought, “Wow, they are a good leader.” Were they fortunate to simply be born with that capacity? Not at all. There are consistent and measurable actions you can take to become a better leader. **Cue up the video and I will point them out to you.**

The first thing to note is how General Powell defines and describes himself and his career. Throughout the entire video, he hardly ever says “I”. He discusses himself in terms like “we, people, relationships, service.” He does take credit for his success, but he is confident and assertive, not arrogant.

This is an ideal leadership template for a healthy work culture. Powell models a leadership style based on an understanding of the people who work in the organization–a leadership model that sees itself in service with others.

1) Beware the Iceberg of Ignorance

When David Rubenstein notes that Powell was an impressive White House fellow, Powell’s response is to accept that honor but play it down as, “I was one of about 15 people…” This relative humility allows his team to see him as approachable rather than arrogant or distant. 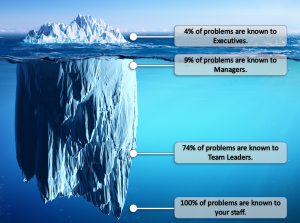 One of the biggest challenges leaders face is employees withholding crucial information. This is often called the “iceberg of ignorance.” Leaders are well aware of the problems close to them but become increasingly unaware of the problems further away in organizational proximity.

It’s imperative that your team see you as approachable enough to inform you about a critical issue. If you need evidence of how crucial this is, just look at the grounding of Boeing’s 737 Max airplane after critical software failures crashed planes and killed hundreds. Employees who knew about the problem failed to report it to their superiors while mocking the arrogance of Boeing’s leadership.

2) The Power of Empowering Your Team

Later in the interview, the idea of the Powell Doctrine was introduced. Again, rather than take credit and expound on the impressive international relations policy named after him, Powell said it was “not quite invented by me.” He first discusses how his comments about the policy concept were developed and coordinated by others, giving credit to the team of people who were following his lead. 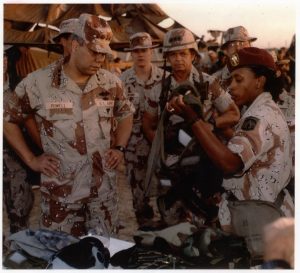 He then doubled down on this just a minute later when his strategy in the First Gulf War was praised. Powell avers, “Any infantry captain could have figured this out.” He is defining how a good leader empowers his team, expresses interest in their ideas, and listens to them. He might have expressed the idea, but others defined it in a way it could be used to succeed in the military engagement and now can be used to teach future generations.

Powell also addresses failure. Even the best leaders are not guaranteed success, all of the time! Specifically, Powell was asked about the failure of intelligence that falsely claimed Iraq–led by Saddam Hussein–had weapons of mass destruction. He was the one who led the argument to the United Nations to support removing Hussein, but his data was completely wrong. 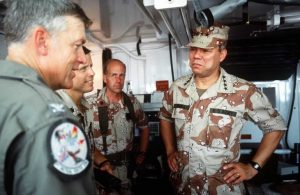 He models what most leaders struggle with when mistakes happen: admitting to it. A good leader not only admits failure–they take ownership of it. His comment was, “I was mortified by [the failure of intelligence]….all of us were using the same information, but I’m the one who made the biggest presentation of it.”

One of the most important lessons of leadership is acknowledging when mistakes are made and apologizing for them. Trust can only grow where honesty exists. And as we know, without trust, no organization will succeed for long.

All of these characteristics epitomize the brilliance of good leadership. Powell has spent time promoting his leadership approach, even writing a book that defines his 13 “rules” of leadership. The problem is, there are too many to be easily memorized.

That is what we at Educate, Innovate, Inspire Consulting help you do: tailor the brilliant leadership ideas of people like Colin Powell to your specific situation. Contact us to learn more.

By Ryan Sanders, Founder of EII