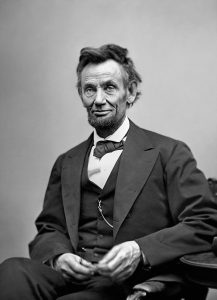 I’ve reflected in an earlier post about Colin Powell’s excellent modeling of leadership. He also does a good job at providing us with examples of other great leaders throughout history.

The same Bloomberg TV interview with Colin Powell I referenced in A Shining Example of Brilliant Leadership discussed great leadership by another paragon of excellence: Abraham Lincoln. This example highlights another aspect of leadership that is easy to understand but devilishly hard to implement: being a good coach and inspiring your team to perform.

Understanding the Value of Your (Work)Horses

In the interview, Powell was asked to define what makes a great leader. He turned to an article published in the New York Times in 1863 about Lincoln. The story goes like this:

Brigadier General Edwin H. Stoughton of Vermont was captured in bed at 2:00 a.m. on March 9, 1863, during a raid by Confederate General John S. Mosby. It was of this specific incident Lincoln was reported to have said that he did not mind the loss of the Brigadier as much as he did the loss of the horses. “For I can make a much better Brigadier in five minutes, but the horses cost a hundred and twenty-five dollars apiece.” 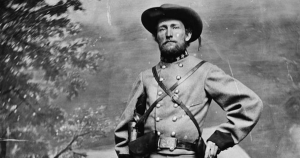 What makes this story impressive is understanding why Lincoln said this about General Stoughton. The Union Army had many challenges with leadership. That was one of the main obstacles in battling–and eventually winning–the Civil War.

Like many Union officers, Stoughton had succumbed to “headquarterism.” General officers stayed in comfortable civilian quarters while their troops were billeted in far less comfortable conditions, often several miles away. In this case, it left Stoughton exposed to the sort of raid that Mosby pulled off. This happened quite often to other officers as well.

The practice infuriated the rank and file. One of Stoughton’s own soldiers wrote in a letter home, “If he is so fancy that he can’t put up with them [the soldiers], the Government should put him out.” Lincoln heard this sentiment loud and clear; Stoughton never worked as a general again.

Powell interprets Lincoln’s leadership to mean: take care of the horses, the soldiers, the employees, the clerks, the students, the faculty… whatever your industry, do what it takes to be successful in whatever it is you are trying to achieve. What Powell is defining here is the most important role of a true leader is being a good coach.

Your team needs feedback on how they are doing. They need solutions tailored to their strengths. If you are headquartered miles away in a comfortable house while they are in the trenches, you will not know what they need. You will not be empowering them. You will not be expressing interest in their success. You will not be modelling productivity or listening to them.

Ultimately, you will be failing them. 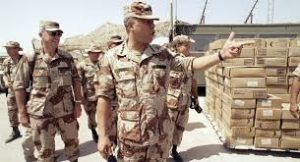 Solidifying the “Lead” in Leadership

To be clear, this leadership strategy does not mean you must join your team in getting the work done. Your job as a leader is to remove obstacles for your team. You must there and make sure they are able to tell you what they need. Remember, as Abraham Lincoln said, we can always hire another general, it is the workhorses you can not afford to lose!

EII Consulting can help you identify those workhorses and coach your team up to remove the obstacles that are holding your team back. Contact us for more information.

In the meantime, here’s some more infinite wisdom from General Powell…

“A leader is a person who understands that they are leading followers. They are there to put people into work that has value and purpose. He or she will make sure they have everything to get it done. Get that vision down to the lowest person in the organization and get them everything they need.”

By Ryan Sanders, Founder of EII